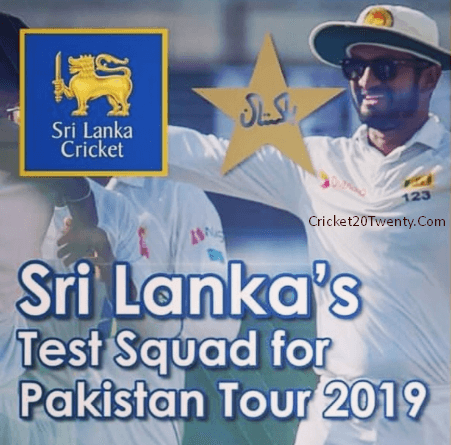 After ODI and T2I Series Completed and visited a Great tour to Pakistan Now Sri Lankan Cricket Team Announced Squad for Test Series against Pakistan in this Year-end. This Series will be starting on 11 of December 2019. The First Match Will be playing in Rawalpindi Cricket Stadium the second test match will be playing from 19th of December 2019 at National Cricket Stadium Karachi.

The last Test Series to be played between Pakistan vs Sri Lanka in 2009. After Attack on Sri Lankan Cricket Team at Lahore the International Cricket Door Closed in Pakistan for 10 years. After 10 Year now Test series Comes to Pakistan this is very good news for Pakistanis.