The First Cricket World Cup was organized by England in 1975 and start with ODI and 60 overs per side matches start. This Cricket World Cup is made of eight teams and divided into two groups Group A and Group B. The team’s names are England, Pakistan, Australia, India, West Indies, Sri Lanka, New Zealand, and one team from East Africa.

The Second World Cup was organized by England in 1979 and with the same pattern as the World Cup 1975, every side played 60 overs. In this Cricket World Cup,  The ball color is Red and Player Kit Color is white the same as in is 1975 world cup. This World Cup was made of eight teams and divided into 2 groups every team played 3 matches and the top 2 group teams qualify for the semi-finals.

In this Cricket World  Cup, the ball is used in Red Color, and players’ kits are also used in white color same as it is previous two Cricket World Cups. In this World Cup, every team plays 60 overs per side. In the final match played between the India and West Indies in London, the Indian team played very well and beat West Indies (defending champion) by 43 runs and Become the first time World Champion.

Cricket World Cup History, 1987 Pakistan and India organized the four Cricket World Cup in 1987. Some matches are played in Pakistan and some matches are played in India. In this world cup, two regular empires were used and the 10 overs were reduced per side in this world cup, 50 overs were played per side. The eight teams played in the world cup, Seven tests playing Pakistan, Australia, England, New Zealand, India, Sri Lanka, West Indies, and one team in Zimbabwe.

Zimbabwe team win the ICC trophy, again in 1986 for the second time, and joined them in this event. Test playing seven teams automatically qualify for the Cricket World Cup. In This World Cup, the ball is used in red color, and the player kit is used in white color the same as it is the previous World Cup. This World Cup Final was played between Australia and England in Kolkata Stadium in India. Australia Team beat England by only 7 runs and Became the first time World Champion.

Pakistan captain Imran Khan and Javed Miandad made 139 runs in a third-wicket partnership and Pakistan scored in Final 249/6 in 50 overs. Pakistan Fast Bowler Wasim Akram bowled very well and took 2 wickets in two balls and on a hat trick. This Cricket World Cup Final was Played in Melbourne between Pakistan vs England. Pakistan Beat England By 22 Runs and Became the first time World Champion.

Two groups were created six teams in the A group and 6 teams in the B group and the top four teams in each group direct qualify for the knockout stage and the top four teams on the knockout stage qualify for the semi-finals. In this world cup, the colorful players’ kit was used and the white ball was used in every match. This World Cup Final was Played in Lahore between Australia vs Sri Lanka. Sri Lanka beat Australia by 7 wickets and Become the first time World Champion.

Every team player’s kit was color and a white ball was used in this world cup. This World Cup Final was played in London, England between Pakistan vs Australia. Australia Beat Pakistan by 8 wickets Pakistan all team out on 132 runs. Australia Become the world champion for 2nd time.

The top 2 teams of each group go to Super-Eight. This World Cup Final, not fully played on 33rd over Umpires stop the play due to bad lights. The umpires said that as the match was suspended due to light and not rain, the final three overs would have to be bowled. It was an error of judgment from the umpires. This ICC Cricket World Cup final played between Australia vs Sri Lanka in Bridgetown. Australia Team Beat Sri Lanka by 53 Runs  (D/L) and become the 4th time world champion.

In this Cricket World Cup, the total number of matches played 49 and on different venues like India, Sri Lanka, and Bangladesh.ICC revised the previous World Cup Format Super-Eight. 14 teams were made of this World Cup. Teams were divided into two groups. Each Group’s teams were Seven. The top four teams of each group qualify for the knock-out stage This ICC Cricket World Cup Final is Played in Mumbai between India vs Sri Lanka. Team India Beat Sri Lanka by 6 wickets and become the 2nd time world champion.

The 12th Cricket World Cup was Organized by England in 2019. The Final match was played in Lord’s, London between England vs New Zealand. Match Tied but after that regular play and Super Over. In this Super Over England Won on Boundary Count. The World Cup Winner Team was England and Runner-Up Team Was New Zealand. 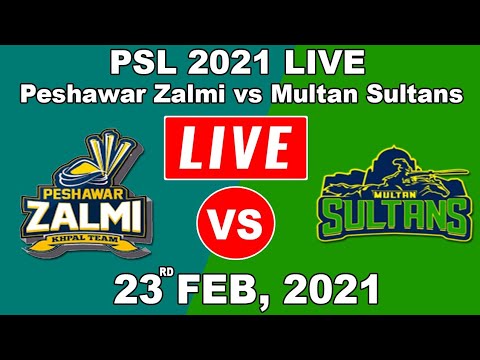